Why we do what we do…

For more than a decade now, proceeds from the Tired Iron have gone to support local charities.

Fairbanks Tired Iron, Inc.  Who we are and what we do!

Craig Compeau heard it so many times from the “old timers,” about the way “it used to be,” and usually with such gusto and passion that he started wondering if anyone would actually try to preserve Alaska’s rich snowmachining history, instead of letting it slip away.  Those “old timers” were in many cases customers of Compeau’s grandfather’s and then father’s snowmachine business in Fairbanks, Alaska.

Compeau pondered what could be done to keep the rich history alive?  How about organizing the first ever “Vintage Snowmachine Race,” and holding it on the Chena River, which runs right through town?  It sounded good, so plans were made, and work was started to hold the “Tired Iron Snowmachine Race” on Saturday, March 11, 2006.

At the time, there were probably less than 20 restored snowmachines in the entire Interior of Alaska, with most of those old sleds either in the landfill, or rusting their way toward the final ride to the dump.  Compeau expected to see a modest crowd show up to see the old snowmachines and hoped some of those “old timers” would get a kick out of seeing some of those snowmachines they remembered from the “good old days.”

To everyone’s surprise, there was a keen interest in what Compeau had organized, and the crowd that showed to view and learn about these old snowmachines that were on display numbered in the thousands!  Attendees crowded around rusted old snowmachines that had been pulled from sheds out back, graced with new spark plugs and quenched with fuel shot into the carburetors.  What do you know… they run!  Spectators lined the banks of the Chena River to watch the old sleds participate in the first-ever Tired Iron Vintage Snowmachine Race.

Compeau figured he had started something that seemed right, so enlisted the help of a friend, David Weaver, to help keep the phenomenon alive.  Weaver remembers Compeau saying, “I have to keep it going now!”  So they did.  They got out the word there would be another event next year, so people better start digging out those rust buckets in the summer, and get them fixed up for the following winter.

That first race sparked a snowmachine restoration frenzy that continues today! Now, there are several hundred beautifully restored snowmachines, ranging in production dates from the 1950’s, 60’s and 70’s, with more new restorations every year.  Many of these restored snowmachines have values in excess of $10,000!  The history of these mechanical snow-traveling-marvels is being preserved for future generations to enjoy, as many are doing now.

On February 4, 2010, the “Fairbanks Tired Iron, Inc.” was incorporated with the state of Alaska as a Nonprofit Corporation, with a refined mission to help educate people and to preserve the history of snowmachining and snowmaching racing.

Each year we hear stories of more old snowmachines being pulled from a dumpster, or from an old shed, to get a breath of new life and ride down the trail.  The Tired Iron events we have been hosting for more than a decade now, have certainly been the impetus for many of the snowmachine restorations in our community today.  It’s exciting to see snow machine history being preserved.

The Fairbanks Tired Iron, Inc. strives to provide the community this educational website to help preserve and document the history of the snowmachine, and to help educate people as to the role snowmachines have played in the advancement of modern life in Alaska, with vintage snowmachine races, shows, safety seminars, and even events in the summer months!  We are an Alaska nonprofit corporation, have no paid employees, and ask that you consider a donation to help our cause. Thank you and enjoy your visit to our website!

The Fairbanks Tired Iron Race is a vintage snowmobile race, first organized in 2006, to encourage the restoration of “Vintage” snow machines, that had been, or were soon to be, relegated to the garbage dumps and landfills of history.  We believed that if we did a good job of recreating the excitement of snowmobiling that existed here in the Interior during the 1960’s and the 1970’s, it would go a long way to achieving our goal of saving these vintage sleds.  Our events are designed to produce willing restorers of an important part of Alaska’s (and the Nation’s) history, as it pertains to the snowmobile.  Our goal is to educate the public, document and preserve the history of snow machining and snow machine racing.  The Tired Iron Fun has evolved from a one-day event to a two and even three-day event over multiple weekends, with lots of fun for everyone

The Tired Iron Race takes place in March of each year, but planning and track preparations begin as early as August and continue well after the event ends.  It takes a lot of work, time and money to put on the Tired Iron Races.  Because Fairbanks Tired Iron has no paid employees, we have developed a strategy for accomplishing the many tasks necessary to make this event a success.  Rather than hiring and paying employees to help us, we decided it would be better to find one or more non-profit organizations that might be able to help us, in exchange for donations.  We found that winning combination with the Midnight Sun Council Boy Scouts of America.  Some key considerations for working with the Boy Scouts are:

Our donations are not limited to just the Boy Scouts.  We are always looking for ways to expand our donations to include other worthwhile local charities.  Each year, after the fun is over, we’ve donated profits to great charities like the Fairbanks Food Bank (www.fairbanksfoodbank.org), the VFW Post 3629 (www.vfw3629.org), Fairbanks Chapter 675 of The Military Order of the Purple Heart (www.purpleheart.org), Fairbanks Youth Advocates (www.fairbanksyouthadvocates.org), Alaska’s Healing Hearts (www.alaskashealinghearts.com), an organization dedicated to offering year-round outdoor recreational opportunities for America’s brave wounded service members and their families here in Alaska, the Presbyterian Hospitality House (www.phhalaska.org), the Lathrop High School Robotics Club, student groups of the Catholic Schools of Fairbanks (Monroe), the Yellow Ribbon Fund (www.yellowribbonfund.org), who provide practical support to injured service members and their families while they’re at Walter Reed National Military Medical Center, Fort Belvoir Community Hospital, and after they return to their hometowns and the Wounded Warrior Project.  In fact, in 2013 we had six “Wounded Warrior” entrants!  (Entry fees waived, of course).

Financially speaking, our principal goal is to continue to effectively market our event, to attract more participants, especially out of town participants, until this event can independently sustain itself.  Each year we look for new ways to enhance the “Tired Iron” experience and to add events that would encourage new participants and spectators. For example, each year, one (or more) of our sponsors have a heating oil giveaway drawing, and there are many other giveaways, along with winter games for kids, such as the Moose Turd Bowling, where kids love being “slungshot” across the ice while sitting in a basket in a circular sled fitted with an inner tube and jettisoned out on the ice by a gigantic rubber band.  The object (besides having a blast!) is to knock down as many of the specially made bowling pins, that, thanks to Rick and the crew over at Vertex Insulation, were made to look like giant moose nuggets!  It’s a great “Alaskan” game and a real HIT with the kids!  Ice putt-putt golf and other fun games have been added to fill the weekend with winter fun in Fairbanks.

During the unique snow machine racing era of the 1970’s, there were numerous snow machine races that were held throughout each winter season, in various locations throughout the state, such as Fairbanks/North Pole, Anchorage, Talkeetna, Wasilla, Palmer, Delta Junction, Tok, Glennallen, and more. Racers and their families traveled to these towns to participate in these events, contributing to the local economies, by staying in their hotels/motels, eating in their restaurants and bars, buying food, gasoline, etc. It was an exciting time, with rapid technological changes occurring from season to season, where racers met many new people throughout Alaska, told lots of stories, hoped for the best, did some bragging, and occasionally took home a trophy, and sometimes some money too.

It was in this atmosphere that many fond memories of the special comradery, between racers, families, friends, new acquaintances, even between fierce competitors, were developed. It is this same atmosphere that we, at the Fairbanks Tired Iron, Inc., strive to recreate for all those that yearn to relive those special times. The Fairbanks Tired Iron Race brings people from all over the state to Fairbanks, provides the opportunity to recount, relive, and rekindle memories of a special time in history. They still tell lots of stories, they, again, are hoping for the best, there is definitely some bragging going on, and we are sending people home with trophies, plaques, all sorts of prizes, and some are even taking home some money! Sounds just like those “Good Ole Days”.

Since our first race in 2006, we’ve had racers ranging in age from 16 to 99, and they’ve come from all over the state… Anchorage, Chugiak, Clear, Copper Center, Delta Junction, Eagle River, Healy, Kenai, Manley Hot Springs, Nenana, Palmer, Salcha, Soldotna, Tanana, Tok, Valdez and Wasilla, even from as far away as Colorado, Vermont and Wisconsin!  Each year, we see interest from new areas and expect that trend to continue.

We have attracted major media, including Alaska Magazine, as well as all local television, and some of the Anchorage stations, newspaper coverage from the Anchorage Daily News and full coverage in the Fairbanks Daily News-Miner.  We continually consider enhancements to the Tired Iron events and recognize that the possibilities are truly limitless.  Some of our future plans include events that may take several years to successfully implement but will add tremendously to the overall event.

We encourage you, your family and friends to come see what we’re all about, first hand, by putting the Tired Iron on your list of winter activities to enjoy each year! 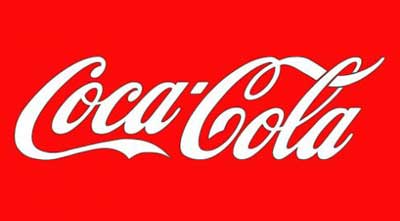 We are excited to provide continued support to organizations like the Boy Scouts, enjoy the event! Remember to support your locally owned and operated Coca-Cola Bottling Co. for all your beverage options. Visit us at our website for more information. 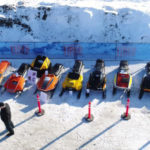